Lightship VPS
World Tour 2022
We're going on tour!
This fall the Lightship VPS team is hitting the road to share the magic of VPS with developers around the world!
Where are we headed?

We're making four stops as we head around the world - apply to the location nearest you to join us on tour! 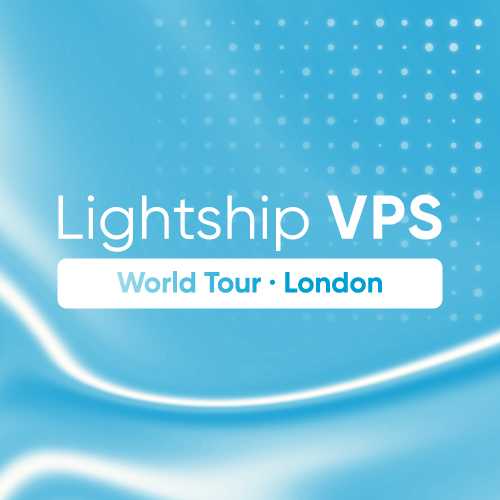 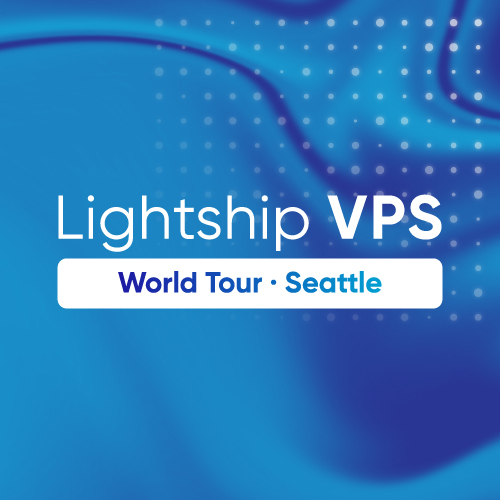 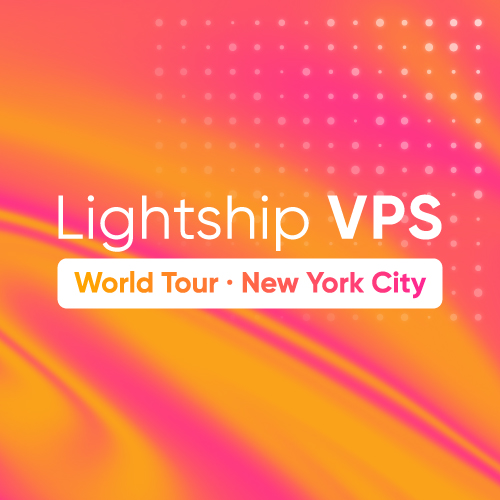 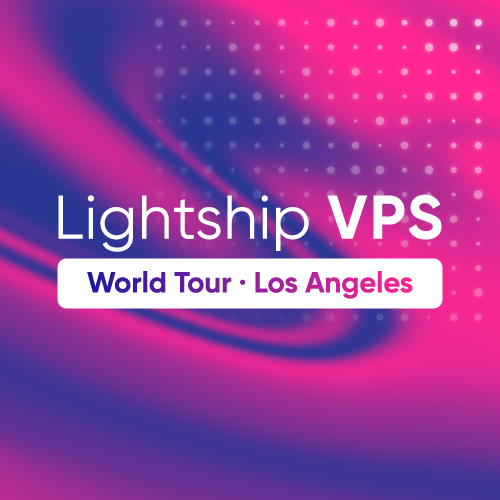 What can you expect?
In each city, we'll be hosting exclusive three-day events for developers like you to learn more about Lightship and to develop the skills and tools you need to build the real-world metaverse!
Why Lightship VPS?
Lightship VPS, the visual position system for the Lightship platform, is the key to enabling immersive AR experiences at real-world locations by determining the exact location and orientation of a user.
With only a single image frame from an end user’s camera, VPS gives you the power to localize your users and persist AR content with centimeter-level accuracy in seconds. Available in over 100,000 locations around the world, VPS enables you to:
Frequently Asked Questions

Apply to the location nearest you! Applications will be approved on a rolling basis, and if you’re accepted as a participant in the Lightship VPS World Tour, you’ll receive an acceptance email with more details about the event. You can find application links at the top of this page!

While you do not need to live in the city you apply to, you will need to be staying nearby during the event. Niantic will not cover lodging during the event or meals outside of event hours. Use your best judgment when selecting the city you apply to. This is intended to be a highly engaged experience so- you will be onsite with Niantics and other developers and creators throughout the entire weekend.

Each stop on the Lightship VPS World Tour is an in-person event. If you are not able to attend in person, then you can stay close to the Lightship community in other ways! Join a virtual community event at events.lightship.dev

Our goal is to empower you with the skills to build with Lightship VPS. While there is a build-a-thon component to the weekend, we truly want to see you successfully build a Lightship VPS experience, no matter how big or small! Additionally, we want to get to know you! We are bringing the Niantics who built our Lightship platform so you can build relationships directly with our engineers and product managers!

We are accepting all skill levels, however, you should have some sort of AR creation or development in your background! We will offer optional workshops throughout the weekend to help you get onboarded with our tools. We also offer a variety of Lightship templates to help accelerate your build. Additionally, we will have mentors on site to help you if you get stuck!

We see a wide range of people from different backgrounds who are successful with Lightship. Everything from developers, to creators, to even marketers! We do recommend that you have some level of coding in your background to be able to successfully build something in such a short period of time. However, we do see the value in bringing in creators, and will not limit acceptances to only developers. We have seen creators be successful as well, especially when they use our resources (templates or modules) or pair up with a developer!

Lightship VPS is the visual positioning system for the Lightship platform.

With the Lightship VPS developers now have the power to determine a user’s position and orientation with centimeter-level accuracy — in seconds. With only a single image frame, Lightship VPS swiftly and accurately determines a user’s position and orientation in the real-world. This enables developers to build immersive AR experiences that interact with the world around them and persist across multiple users and sessions.

What equipment and software do I need to participate? If you plan on building with Lightship VPS then you will need to come with:

It’s a surprise! However, each team will need to include VPS in their submission. We are not expecting fully built out apps. We want to see that you are able to activate a location-based AR experience using Lightship VPS and then we want to see your creative flair on top of that!

Each stop will crown one team the VPS build-a-thon winner! The winning team will receive a cash prize, an exclusive meeting with our dev rel team and partner engineering team, and seats in the Circuit Stream XR development course. Plus, a spotlight across Niantic Lightship channels and bragging rights!

Yes, it is a requirement to work with at least one other person for your build-a-thon submission. Teams can have up to 4 people total.

Prior to the weekend we will invite all accepted participants into a common discord channel. They can form teams prior to the event through the discord channel, or can wait until the Friday mingling event to find a team. All teams must register Friday night of their build-a-thon weekend so they can hit the ground running Saturday morning!

We are planning a highly interactive weekend and require accepted participants to attend the entirety of the weekend program. Not only do we want to give you the skills and tools to build the real-world metaverse with us, but we want to genuinely connect with you over the course of the weekend. Kumbaya, my friend!

Nope! You just have to be accepted. Applications are at the top of this page.

Submissions will be evaluated based on 3 key criteria:

Yes! The Lightship product managers and engineers will be on-site to help guide you through your building process!

Thank you to our Lightship VPS World Tour partners!